Proceeds from the event will help fund the final phase of the Virtual Library project, an ongoing initiative that is electronically archiving all historic Vieux Carré Commission(VCC) images and documents, preserving them from deterioration and natural disaster, while also making them freely available for online research and education. The work-in-progress entails cataloging 44,000 slides, 4,000 property files, and countless photographs and artifacts. Also in the works is the Foundation’s next major educational program, which will focus on traditional building trades such as ironwork, plaster work, and masonry, which are part-and-parcel of historic preservation and the local craftsman economy.

The Spirit of the Vieux Carré event will be held on Tuesday, Oct. 24, at the historic Napoleon House, from 6 p.m. to 9 p.m. Students from New Orleans Center for Creative Arts will provide music for the Patron Party. Then the main entertainment will be provided by the Grammy-nominated Lost Bayou Ramblers, whose newly released album “Kalenda” celebrates their interpretation of Louisiana’s French Creole culture. Napoleon House Executive Chef Chris Montero is developing a special menu for the evening. Tickets are all-inclusive, starting at $75 each, and can be purchased online at vccfoundation.org/2017gala.

About Napoleon House
A 200-year-old landmark, this purple-rated building is among the most architecturally significant structures in New Orleans — and in the country. The building’s first occupant, Nicholas Girod, was mayor of New Orleans from 1812 to 1815. He offered his residence to Napoleon in 1821 as a refuge during his exile. Napoleon never made it, but his and many other legends live on in this National-Register-listed architectural icon. Owned and operated by the Impastato family since 1914 and Ralph Brennan since May of 2015, Napoleon House is proud to support local non-profit organizations such as the VCC Foundation in their fundraising efforts.

About Vieux Carré Commission Foundation
The Foundation’s mission is to support the VCC in preserving and protecting not only the French Quarter’s invaluable historic architectural heritage, but also its quaint and distinctive character and ambiance. Both the VCC and the Foundation are profoundly important to preserving the French Quarter that is the driver of the city’s tourism industry and the essence of its cultural heritage. The Foundation is a 501(c)(3) non-profit organization (Federal Tax ID#90-0424605); contributions are tax-deductible as provided by law. The Virtual Library is funded by private donations and grants, including generous funding from the New Orleans Jazz & Heritage Foundation and the Ella West Freeman Foundation. 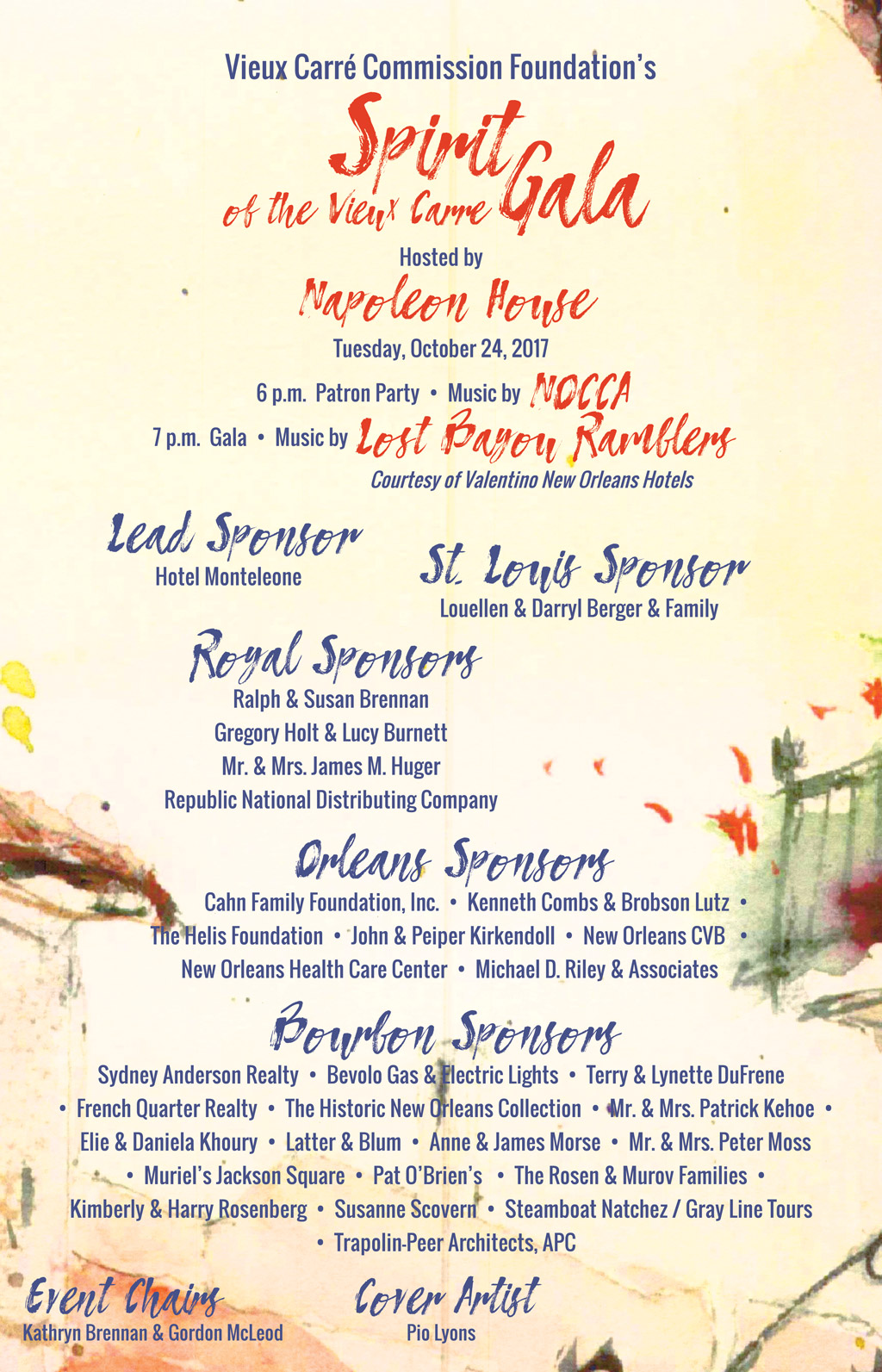